Get fresh music recommendations delivered to your inbox every Friday.
We've updated our Terms of Use. You can review the changes here.

Straight From The Dick 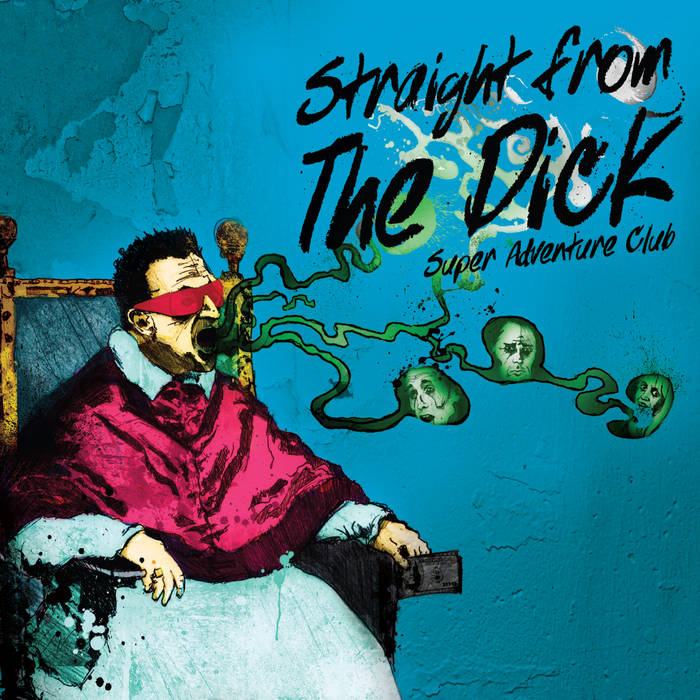 ewangibson These folk are mental. Check them out!

"On their previous album, Super Adventure Club recommended avoiding zombies; now, alas, they’ve become one, with Straight From The Dick arriving posthumously following the trio’s decision to separate earlier in the year. But like a late reel hand grab from the grave, their third album delivers one final (and wholly enjoyable) shock to the system, ensuring that, should the hiatus prove definite, their twisted noise will be sorely missed. 4/5" - The Skinny

"…a tight collection of wondrously daft songs anchored by the kind of intricate math-rock rigour which normally comes with compulsory po-face. Songs about dogs with double appendages and men falling in love with pillows sit comfortably alongside methodical musicianship – a band worth celebrating 4/5". - The List

"Sharp, smart and to the point ...delivered with all the sweetness of a Glaswegian Rottweiler in a muscle vest". - Prog Magazine

"Having called time on their musical endeavours, at least in this guise, back in August, the group have managed to sign off in fine style and can rightly look back on the records and live shows of the last five years with a deserved sense of achievement. Hopefully their complex song structures, boundless energy and vitriol won’t be missing from the scene for too long." - Muso’s Guide